Home  /  Voices  /  UN Women: Excludes Syrian women and Stereotypes the Role of Others

It does not look as if there is any real intention to deal professionally with Syrians, in general, nor with Syrian women, in particular, not even on the bare minimum level.  From the channeling of negotiations, to the division of roles and the creation of separate rooms for each area among the Syrian opponents of the regime, the UN Women has contoured the efforts of its UN sister organizations by the organisation of a conference whose announcement gives the impression that it is the first of its kind; a conference that is supernaturally diversified because it includes pro-regime women as well as women opponents (150 women); a conference that gives the impression that it ought to conclude with women standing aligned to send up peace doves into the sky of Beirut where it convenes, on the hope that these doves will reach all the men fighters and give them green branches and a pens instead of arms.

This act by an international organization is debatable and answers about it must be given not only to some of the organization’s partners or favored personalities, but also to the Syrian women’s movement.  The most controversial points about this Conference can be summarized as follows:

First, it excludes women leaders and young opposition feminists who work on the ground and manage institutions that function in fields such as peace-building and the empowerment of women.  Those feminists have criticized several times the performance of the United Nations, in general, and that of the UN Women, in particular.  Later, they criticized the performance of the UN envoy to Syria, Staffan de Mistura, regarding the Women’s Advisory Board.  Is this is the reason why such institutions are ignored?  Is it because the United Nations is not capable of accepting criticism?  Or is it so that Syrian women have no right to criticize for example?

Secondly, and most importantly, it shows women as a group of political ingénues, emotional ones, and reduces their demands for peace to stopping the killing at any cost. I do not think that there is a Syrian, man or woman, including the ones bearing arms, who wants to fight for ever. However, the issue has been presented as if it is the women who will give the solution by one cry, a magic stick, or a secret recipe from the UN Women.

Thirdly, it excludes men and thus chocks any action that includes them as part of the feminist movement, and narrows the circle to include only women.  It is as if the women live on a single-cell planet when it comes to any project by international organizations, even when done in good faith to enable them to carry out an active role.  However, such practices did not have to wait long to be lambasted with provocative headlines such as that of the London-based newspaper, Al-Hayat, which published in 2014 an article under the title: Will the Syrian Women Succeed Where the Men Have failed?

Fourthly, the discourse of the conference over exaggerates the role of women in achieving peace just because they are a group of women who have the desire to achieve civil peace through tolerance, but who are, otherwise, politically absent from the level of local councils up to the highest levels of the negotiations.  In addition to that, the women, one can argue, are unable to carry out any civil activities on the ground because of the blockade, arrests, and other forms of violence against any peaceful movement. An argument and a red card, in advance, of the invalidity of this kind of criticism is the experience of the women of Liberia who have succeeded in ending the conflict in 1995.  But, what has proved to be effective in one context is not necessarily valid and applicable in another.

Fifth and finally, the lack of clarity and the suggestion that the Conference is a new activity and not just a meeting for the women who founded in Amman, 2014: the “Syrian Women’s Initiative for Peace and Democracy.” Therefore, the UN Women has taken part, intentionally or unintentionally, in the creation of disagreements, animosities and even splits within the women’s movement as well as the creation of a new classification: with peace according to the United Nations style, or against such peace.  Thus, it expels the female voices whose opinion is different from that of the “stop the slaughter” current, the newest term in the world of Syrian peace-building.

The performance of disregard and lack of transparent clarification of the existing tracks and their targets continues. The issue of lifting the economic sanctions on Syria as a demand by the Syrian Women’s Advisory Council, at the beginning of 2016, and later the Conference of Women Peacemakers through Visual and Promotional Productions have provoked a lot of anger among the civil society circles, especially among the institutions acting on the ground inside Syria.  The argument that the lifting of sanctions will contribute to the entry of medicine, milk and basic needs into the areas under siege has become depleted.  However, what has not been said is that food and medicine are available, but it is the Syrian regime that is imposing a siege on those areas and is preventing the entry of aids. We must not forget that the United Nations offices are only a few kilometers away from the besieged Darayya, and yet the provisions have not been allowed to enter, though available.

The ready-made recipes that the international organizations are trying to offer to the Syrian community today are rotten because they are far from what the people want, far from strategic planning for the building of local institutions, and for trust building among the Syrian people’s components. They are rotten because they are based on classification, bias, and preference. Worst of all, they are based on stereotypical profiling that deals with us on the assumption that we need the professionalism of a western “other” to fathom our own reality.

There is no doubt that the push for the lifting of sanctions on Syria and the use of women to promote this demand is something that cools the heart of the regime in Damascus and puts it back in the international context as a serious part of the solution. The lifting of sanctions will help the Syrian regime to rejuvenate its blood and its energy to kill more and to create what international organizations like to abound: bereaved mothers, young widows, bereaved sisters, as well as all women who are branded with adjectives associated with a slain man, because of their laxity in calling a spade a spade and their failure to deal seriously with the finding of a transitional political solution in Syria. 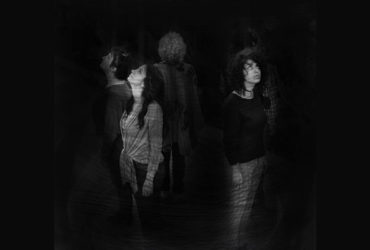 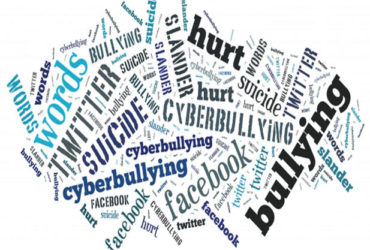 Next Article   How Do Syrian Women Activists Face Cyber Blackmail?