Syria is one of the first states in the Arab world where the printed press became widespread. The first printed magazine was issued in 1851, while the first Publications Act was approved in 1865. The beginning of the 20th century witnessed a real revolution in the press, with Mary Ajami issuing the first magazine on women’s rights in the Middle East in 1910, entitled “Al’arous” (The Bride). In 1920, the number of publications was 31 magazines and 24 periodic newspapers. This momentum in the development of the press reached its culmination in Syria after independence in 1947, when the new Publications Act No. 39 lifted restrictions on freedom of publication and on ownership of independent and party newspapers.
In the 1950s, the number of publications in Syria set a record with 52. This was the case up to the Syrian-Egyptian union of 1958, when one of Abdel Nasser’s conditions was to harmonize the legal situation in Syria with that of Egypt. This meant dismantling the political opposition, the parliament, and the press. The political forces complied with these conditions, as they considered unity to be more important than democracy. This was the heaviest blow to freedom of speech and freedom of the press for the Syrian people.
Between 1961 and 1963, in the period after the collapse of the union with Egypt, the Syrian press regained its vitality and came back to the fore, although it was forbidden for the press to oppose the breakdown of unification. In 1963, Al Ba’ath party came to power and declared the state of emergency, issuing a martial law which rescinded authorization for the press and all publications, brought an end to magazines and newspapers, confiscated printing presses and tools and seized the assets of much of the press and publishing houses.
Syria then entered the era of politicized government media. As formulated in Article No. 3, “the mission of the Ministry of Information is using all media means to enlighten public opinion and to consolidate all Arabic nationalism trends in the country, and to strengthen the links with Arab and friendly states in accordance with the principles of the Arab Socialist Baath Party and the policy of the state”. All laws that followed were consistent with this directive.

The first decade of Bashar Al Assad’s rule (2000 – 2010)
The decade from 2000-2010, during which Bashar Al Assad was in power as president, created hope that Syria would end its intimidation and totalitarian authority. In his first oath, he stated: “There must be reform and development in our educational, cultural and media institutions with a view to serve our national issues and enhance our authentic heritage (…)”. However, Syria continued to be the republic of silence. His words were carefully formulated, referring only to the reform of media institutions, rather than tackling the mentalities and ways of thinking that control the functions, freedom and independence of the media.
The changes began with Act No. 50 of 2001, which created a system of controls limiting freedom of the press and freedom of expression and targeting print publications. Article No. 51 (A) then criminalized the delivery of “incorrect news” and disseminating “made-up or faked papers” without defining these terms, leaving them ambiguous enough for an interpretation which would justify the imposition of abusive restrictions. The article states that maximum penalties could be imposed “if the publication or the delivery has been done based on bad intentions or caused public disturbance or intruded on international relations or damaged the prestige of the state or its dignity or damaged national unity or the army and armed forces morale, or even if it damaged the national economy and the safety of currency”. Article No. 29, meanwhile, cites a list of topics which are banned from publication. Article No. 56 (D) in turn provides for the license to be revoked for any “publication that calls for changing the constitution of the state by unconstitutional means”, and providing for punishment for those responsible. Those who criticize the government by demanding democratic rule have been found guilty of committing the criminal offence of “changing the constitution via illegal means”, even if the means were nonviolent. Article No. 56 (B) then bluntly stated that no publications in Syria were permitted to publish articles calling for a change in the constitution which changed the role of the ruling party.
Act No. 50 did not cover the right to establish radio stations, TV channels or electronic media sites, as only addressed print media. Nonetheless, the authority of the state remained absolute over all forms of media, allowing just a few private radio stations and websites to exist under legislative decree. The authorities also allowed the establishment of private TV channels, but this was not based on any legal framework, but was only on the basis of the government’s satisfaction or otherwise with station or website owners. For example, a private radio station named Al Sham was closed on the basis of a verbal decree made by the minister of information. This decision was never explained.
The Syrian authorities accelerated their violations against freedom of opinion and expression on one hand, and against the right to information on the other. The authorities also committed more than fifty violations against the rights of media professionals during the period between 2008 and mid-2009, arresting Syrian media professionals and bringing them to trial, prohibiting them from travelling by restricting their freedom of movement, and blocking websites (particularly those related to centers of human rights). The Syrian Center for Media and Freedom of Speech also documented instances, particularly in 2009, where issues of foreign publications were blocked from distribution in Syria as they included articles which contravened Syrian policy.
The Union of Journalists
Decree No. 58 of 1974, which remains in place to the current date, dictates that the right to join the Union of Journalists is limited to those who work in state institutions. This is the case despite the existence of dozens of private newspapers employing journalists who cannot join the union, and who therefore have no right to start up private and independent syndicates. However, the most severe articles in the rules of this union are the discriminatory articles. Article No. 10 (E) allows the employees of any media outlet of Al-Baath Party or its subordinate organizations to join the Union of Journalists, preventing all other political parties from doing so. Articles No. 6 and No. 18 also discriminate against non-Arab ethnicities, creating the condition that all members must be Arab and Syrian or Palestinian refugees.

The Syrian Kurdish media
In addition to the general problems with the Syrian press, the Kurdish press in Syria also faces a major problem of denial and a lack of recognition. Until now, the Syrian government still forbids publishing in the Kurdish language, regardless of the medium or topic in question. Meanwhile, it allows publishing in foreign languages such as English and French. As a result, the Kurdish press has been portrayed as partisan and affiliated with banned Kurdish political parties. This has meant that the Kurdish press has a tendency to cover topics and materials with the purpose of spreading Kurdish culture. The Kurdish press has operated secretly since its inception using simple tools, to the extent that it was first copied by hand and circulated among people in secret to avoid harsh penalties, including arrest. These were the circumstances surrounding The Kurds’ Voice, the official newspaper of the first Kurdish party founded in Syria in 1957.

The pre-2011 situation in a nutshell
The security machine in Syria operates a regime of censorship which “is without any legal cover”, according to journalist Mazen Darwish, as their activities are not covered by the Publications Acts or any set of rules or contracts. This is disrespectful to the Syrian constitution and to the fundamental rights of Syrian citizens. Legal controls not only restrict freedom of expression and freedom of the press, but also contribute to financial losses for Syrian publications. Following the uprising of March 2011, social media, new technologies and mobile phone cameras have played an active role as the means of expression of the Syrian youth who are now raising their voices 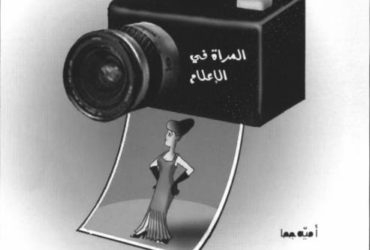 Previous Article Media and Women in Syria and the Region before the Uprising
Next Article   Theoretical Connections: Gender, Media and War