Over the course of the revolution, the southern region of Syria, and particularly the city of Daraa, has exhibited a lack of women journalists, despite the prominent role women have initially played in Daraa’s uprising; notably their participation in civil defense activities, and their documentation of crimes committed by the Syrian regime.

Since the beginning of the uprising, Daraa’s women activists adopted pseudonyms on social media in order to report the human rights violation perpetrated against the people of their city.

Then violence escalated, and women journalists emerged in most parts of the country. The number of female media activists in the south, however, can still be counted on the fingers of one hand, according to Sarah Hourani, the head of the Media Office of the Free Women Assembly in Daraa (FWAD).

In an interview with Enab Baladi, Hourani attributed the meagre numbers of female media activists to “the risks associated with journalism, notably detention, which are a threat to both the journalist and her family, in addition to daily bombardment in the liberated areas, which has already claimed the lives of many media activists.”

The FWAD activist also mentioned “social customs, which have also contributed to diminishing women’s presence in the media, especially with the mobility requirement of journalistic work.”

In addition, many media outlets have refrained from collaborating with women or advocating for their willingness to engage in media action, according to Hourani, who referenced the role of “Islamist factions which fundamentally oppose women’s work.”

Ahmed Awad, a member of the Martyr Documentation Office in Daraa, considered that “the absence of female journalists from Daraa is a result of heavy militarization, which has prioritized field reporting of battles, massacres, bombardment and other cases which are unsuitable for women, who also cannot afford the constant movement required by such coverage under current conditions.”

Awad indicated that “women activists have compensated for their absence in the media by working in documentation, which requires constant follow-up and lengthy hours of work, listing the martyrs, the detainees, the injured and the displaced, as well as the damage to the infrastructure, which is suitable for women activists in general. The female presence in documentation section gives women greater freedom to work and document the stories of victims, especially female ones.”

Despite the difficulties faced by Daraa media activists, Hourani added, the FWAD has managed to hold media training courses for 13 women last January. Aimed at uncovering women’s raw talents, then working on their refinement and improvement, this training was conducted in cooperation with Aman Network Syria.

The head of the media office in FWAD noted that “these courses lacked the equipment necessary to qualify a journalist, as they were conducted according to the modest available means.”

She also noted that “the significant impact of these courses will be the provision of suitable space and equipment for the preparation and emergence of good numbers of women who can engage in media action.”

Despite the absence of female media activists from Daraa at the present, their remarkable role in documenting, filming, transporting equipment and disseminating information on social media, as well as communicating with human rights organizations, has been no less significant than at the beginning of the revolution. 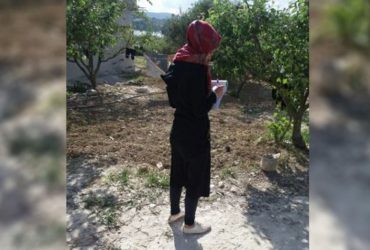 Previous Article My Story: The Making of a Syrian Female Journalist 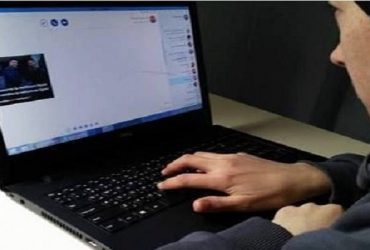 Next Article   Sidra Muhammad: The Only Female Journalist in Eastern Gouta